OPERA IS ABOUT THOSE BIG MOMENTS IN LIFE—LOVE, DEATH, LOSS—THAT ONLY HAPPEN TO US A HANDFUL OF TIMES,” SAYS UMG STAR ANTHONY ROTH COSTANZO.

Next month, star countertenor and Universal Music Group artist Anthony Roth Costanzo will take on one of the most grueling roles of his career. As the titular pharaoh in Akhnaten, the revolutionary ruler who transformed ancient Egypt, Costanzo will push his body and voice to new heights.

Before he begins his run at New York City’s legendary Metropolitan Opera (November 8 through December 7), Costanzo spoke about the challenges of the role (i.e., being naked in front of 4,000 people!), what drew him to this complex character, how brands can leverage the power of opera to connect with their consumers, and why he can’t get enough of Lizzo.

Tell us a little about your new project Akhnaten. What attracted you to this role?

Akhnaten is a fascinating and complex historical figure. Three thousand years ago, 200 years before Moses, he changed an entire society with his radical ideas. Likely the first monotheist, he altered the way the world thought about religion; he had a huge impact on how art is made; and he himself was, in today’s terms, gender fluid.

But was he fundamentally good or bad? A visionary or a cult leader? These are questions that drew me toward playing this icon. When his mysterious story is layered with the beautiful and mesmerizing music of Philip Glass, and the spectacular ritual of the director Phelim McDermott’s production, it becomes an overwhelming experience unlike any other in my life.

For this role, you sing not only in English, but in Egyptian, biblical Hebrew, and Akkadian—all while sustaining many notes for long periods of time (in addition to memorizing and singing the music of Phillip Glass). Is this the hardest role you’ve ever undertaken?

This role definitely ranks among the hardest I’ve ever done! It’s like running a marathon every time.

As opera singers, we are like Olympic athletes in that we find a way to maximize a certain set of muscles and physiological mechanisms to stretch the human body to its limit. As there is no amplification in opera, we are singing over a huge orchestra to a 4,000 seat house using just a little bit of air and two flaps of skin called the vocal cords. When I have to undertake this for three hours, along with complicated rhythms, a multitude of repetitions, and an intense physical staging, it takes enormous preparation and endurance to make it through.

Also, you not only perform completely naked but you wax your body and shave your head. What’s it like to present yourself in front of thousands of people nightly in such a vulnerable manner?

Isn’t there a maxim that when people on stage get nervous, they should picture the audience naked? Well, in this case, it’s the exact opposite!

My naked entrance, and subsequent six minutes of slow-motion movement are very ritualistic, and after I get over the initial fear of it, I find it helps create a special bond with the audience. They can hardly breathe during that scene, and from that instant on, I feel I have their attention.

When I first took on the role, the director told me that if I shaved my head, and transformed myself as they did in ancient Egypt with waxing, I would feel like a totally different person and could therefore truly become the character. This sounded like a whole lot of Method malarkey to me, but I decided to try it. Boy, was he right! To feel the air of the theater against your skin, to feel that the only universe in which I could look normal would be the one where I’m inhabiting Akhnaten, makes the performance incredibly intense, even if it makes going to the grocery store slightly unusual.

How did you prepare for this role and getting your body into the best shape of your life?

If someone told you that 4,000 people were going to see you naked every night, wouldn’t you get in the best shape of your life? I searched everywhere for the best trainer and the best way to get fit fast.

I wound up hearing about an amazing workout in London that used electricity to create resistance against which you move your muscles, and apparently in 20 minutes, you’d get a workout equivalent to 90 minutes at the gym. It sounded too good to be true, but I tried it and it WORKED. It worked so well in fact, that I demanded that the owner of the fitness company fly to New York and meet with investors. And that was how I helped start one of the first Electronic Muscle Stimulation companies in the US. And I do that workout twice per week to stay in the best shape of my life. Isn’t it funny how the world works?

You grew up in Durham, North Carolina, and got involved in the arts at an early age; what drew you to performing and opera music in particular?

I started as a Broadway baby, first performing in musical theater productions in North Carolina, and then, when I was 11, I came to New York to be in actual Broadway shows and plays.

By the time I was 13, someone asked me to be in an opera and I reluctantly agreed. I thought I’d hate it, find it too complicated, too boring. In fact, I found an entire world of expression that was incredibly moving, wildly fun, and amazingly beautiful. Opera is about those big moments in life—love, death, loss—that only happen to us a handful of times. To be able to contemplate them through the lens of music, to develop empathy for these characters over the course of an evening, winds up pointing me toward what life is all about.

Many people credit Hamilton with returning the public’s interest to Broadway; how are you working to purposefully bring opera into the mainstream?

I think we have to provide new audiences with a point of access. In the past, when trying to make opera “accessible,” I believe people made the mistake of watering it down. In fact, opera is best at its full potency, and the audience can feel that immediately if we can just get them in the door.

So how do we do that? I think the future of opera lies in interdisciplinary collaboration. Recently, in conjunction with the release of my first album ARC, I created a multidisciplinary extravaganza that featured the designs of Raf Simons, the painting of George Condo, the choreography of Justin Peck, and nine short films by different filmmakers from Tilda Swinton to James Ivory to Mark Romanek.

By infusing all of these different art forms with classical music, and vice versa, we were able to introduce this emotional and powerful sound world to legions of new listeners who came to the party for the names and disciplines they knew, but wound up discovering something different—namely OPERA.

How can brands today harness the power of opera music to connect with consumers?

Opera has been around for 400 years and there’s a reason for that. Similarly, there’s a reason every great city in the world has an opera house. The human voice is primal, and opera harnesses this most basic of instruments, layers it intricately with others, and that combination cuts right to the heart of the public. As such, it can make an audience sit up and pay attention more than the usual pop tune.

I find that opera also often engenders creativity on the part of brands—it takes them to places they haven’t yet explored, sparking images, strategies, and opportunities for engagement that they haven’t yet uncovered.

What does meaningful mean to you?

To me, something has meaning if it is able to create emotion.

What are you listening to/reading/watching these days?

I recently saw the film Amazing Grace about Aretha Franklin making her groundbreaking album, and it knocked me out of my chair. I’ve been reading the play God’s Ear by Jenny Schwartz, which is wry and funny and smart, and I’ve been listening to a lot of Lizzo! I feel I’m not the only one…but you can’t deny that she’s darn good. 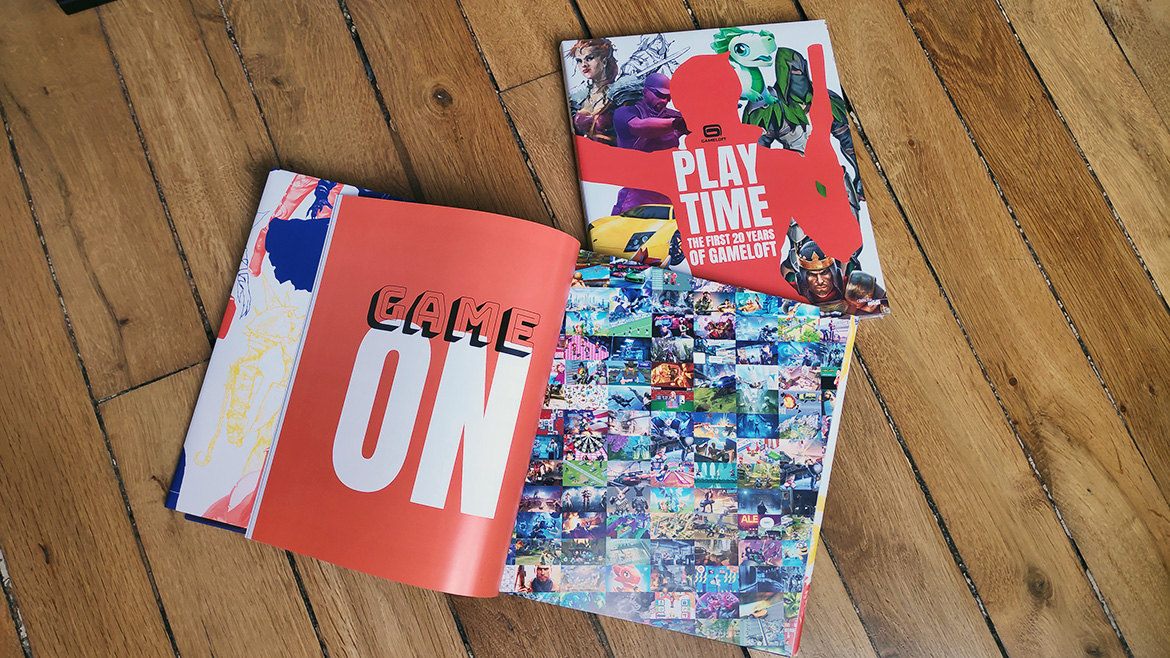 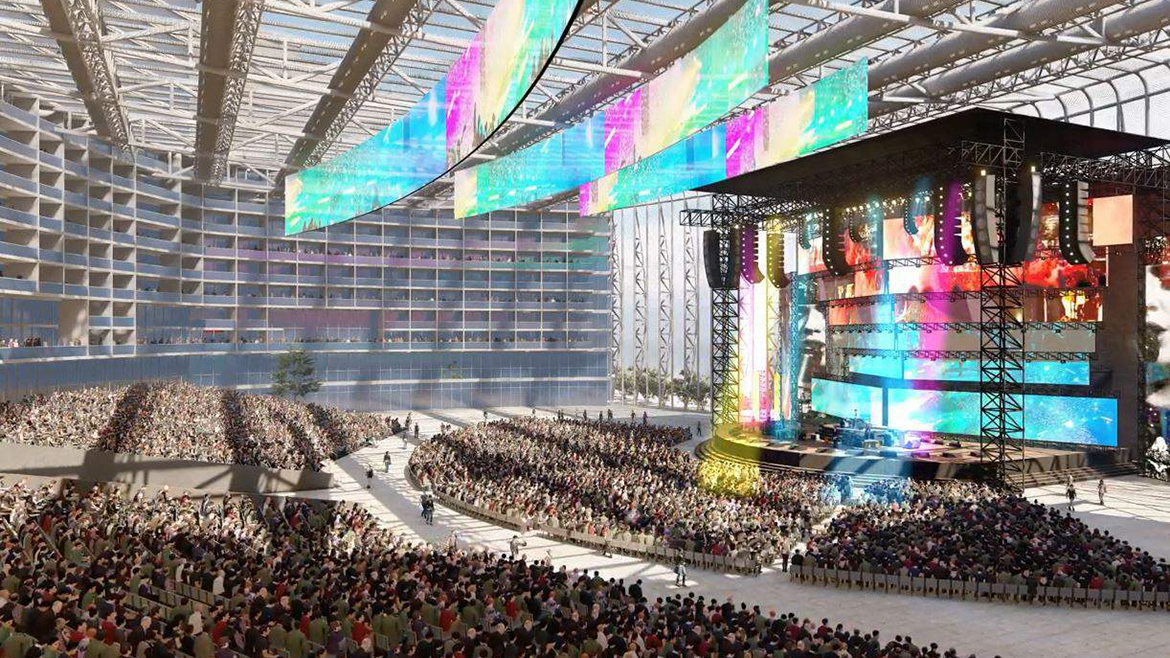 Universal Music Enterprise’s Bruce Resnikoff chats about the launch of UMUSIC hotels, an exciting new partnership between UMG and Dakia u-ventures and what it means for the larger Vivendi group.