THE MOST HEART-WARMING AND FESTIVE CAMPAIGNS FROM ACROSS THE HAVAS NETWORK.

From Aussie reindeers to coffee-loving Santas, we’ve gathered the most heartwarming holiday campaigns from across the Havas Group network in the spirit of Christmas. Happy Holidays!

This super sweet ad tells the story of a little girl who is convinced that an old man in her neighborhood is actually Santa Claus. At the beginning, the bearded man is bothered by the unwanted attention from the town’s excitable children. But he finally succumbs and dons the red suit of his doppelgänger to spread some Christmas cheer. “Kids across the country really believe our bearded hero is the real Santa; even the little girl that starred in the commercial,” said Paulo Pinto, Executive Creative Director of Havas Portugal. “It was funny because during the shooting she believed the actor could be the real Santa Claus. That’s magic.”

Did you know that an Australian reindeer once saved Christmas? Host/Havas tells the story of Dunder, Santa’s Aussie pal who pulled the holiday back from the brink of disaster following a collision with a rogue bird down under. Account Director Max Bennett said: “The ‘Christmas spirit’ means something a little different to everyone down here. But that’s exactly what makes our Chrissie spirit what it is. We invite others in, make our own traditions, and continue to experience the many ways Australians celebrate the season. With this in mind, and leaning into Australians love for an underdog, or in this case Dunder-dog, we were able to celebrate that unique Aussie Christmas spirit, encouraging every Australian to surround themselves and getting Aussie kids to fall in love with a unexpected hero.”

In this festive film from BETC Paris, a caring dad gets roped into imitating Santa Claus for his young daughter, who believes she’s scored the North Pole’s phone number. In the lead up to the holidays, he is forced to sneak out of meetings and answer calls in his best “Santa voice” in order to keep the charade going, only to discover his little daughter knew it was him all along. Co-President and CCO of BETC and head of the Havas Creative Council, Stéphane Xiberras said: “We all cried when the creatives told us about the script. Then everyone cried in the editing room and then everyone cried during the final presentation. In fact, just thinking of it now, I start to boo hoo hoo.”

When a little boy notices how much his family is enjoying their warm cup of coffee on Christmas Eve, he captures the magical aroma in a jar. Later, when he spots Santa Claus flying over Poland, he opens the container to give the big man a much-needed caffeine boost. “Jacobs wants to be associated as the best coffee for Christmas,” said Andrzej Czernoch, Consulting Director at Havas Media Group Poland. “Jacobs has always been about a magic aroma, which, this year, helped Santa Claus to find his way for Christmas!”

The beauty brand’s latest campaign, produced by Havas Spain, explored the concept of happiness. Based on studies that suggest Spanish women are the most unhappy in the world, the ad asks the question, If you saw your life from the outside, would you realize how happy you really are? Account Manager Marta Sanchez-Fayos said: “Spanish women are among the most unhappy in the world according to studies. Searches on “how to be happy” have 470 million results in Spain and searches skyrocket significantly during Christmas. This means that at Christmas we really worry and lose sleep over whether or not we are happy, which became the focus of our campaign.”

This moving campaign for Nutella, collaboratively produced by Havas Community, tells the tale of an intuitive boy who captures his family’s most precious moments in customized jars ahead of the holidays. The film was launched across France, Germany, and Italy this Christmas. The team, compromised of Copywriter Alban Gallee, Artistic Director Antoine Montes, and Executive Director Alasdhair Macgregor, said: “Christmas might be the end of the year, but it’s above all, an occasion of new beginnings within the family, thanks to happy activities shared together and beautiful moments of rediscovering one another.”

Havas Media Group Poland and Lidl had a goal of making a holiday ad that felt local and personal to their Polish customers. Havas Media Group Poland’s Business Unit Managing Partner Marcin Błoński said: “This campaign focuses on local and special things that make this time of year so wonderful in Poland, such as making pierogi (dumplings) with Grandma or putting hay under the cloth on the table.”

A festive film by BETC tells the story of how Disneyland Paris became the home of Christmas magic. When Santa creates a powerful and magical elixir—a formula for holiday magic—a careless, selfie-obsessed elf accidentally drops it off the side of the sleigh, directly above the theme park.

Hinging on the idea that a diamond is “more than a gift,” a holiday campaign for luxury jewelry brand De Beers targeted customers in the pre-Christmas gifting mindset. Covered in De Beers branding, a fleet of iconic London cabs lined up outside one of the city’s premier department stores, Harrods. The campaign also included the take over of the Brompton Road banner, showcasing four collections. Jenna Zellner, Managing Partner of Havas International, said: “The site sees over 84,000 shoppers per day, which meant we were front of mind for consumers on the lookout for luxury gifts over the festive period. We needed to showcase the four different collections of De Beers jewelry and drive standout for our audience in a cluttered pre-Christmas shopping mindset. We recommended using large format OOH to deliver visibility in relevant contexts, supported by impactful print in key titles for our audience, including a media first by wrapping the cover of the Financial Times weekend magazine. Each collection had its own visual “world” communicated via iconography that brought to life the beautiful collections.” 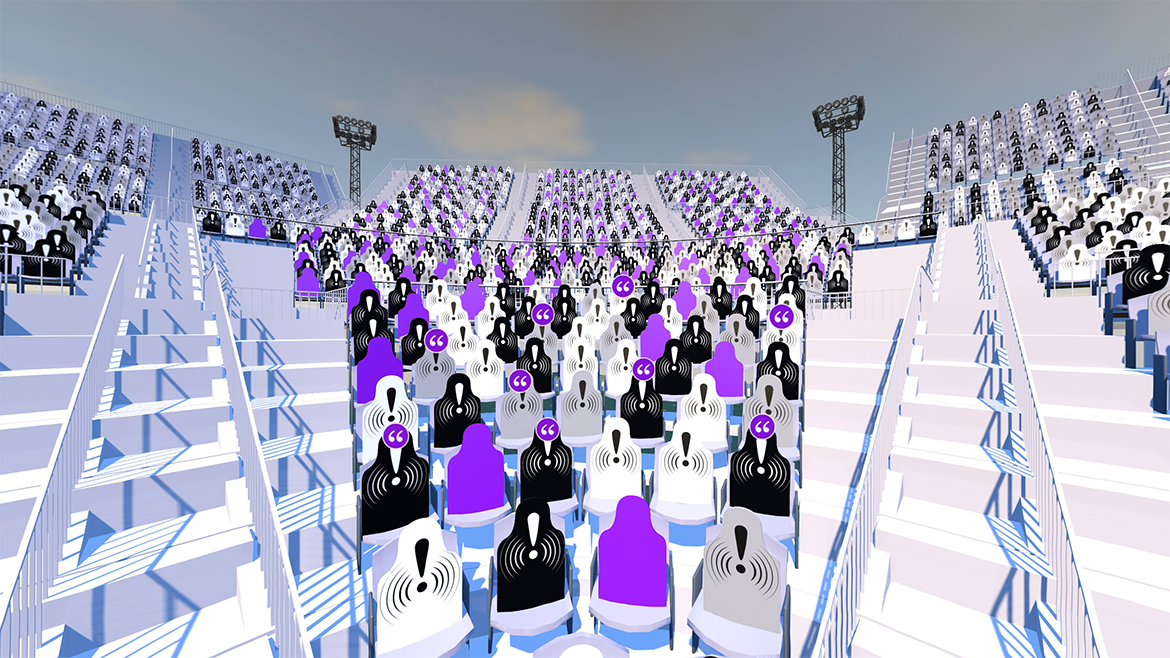 Village X’S Tara Erickson and Tony Morrone share the creative process behind “#cutoutoverdoses,” a campaign which showcased the diverse experiences of those who lost their lives to opioids. 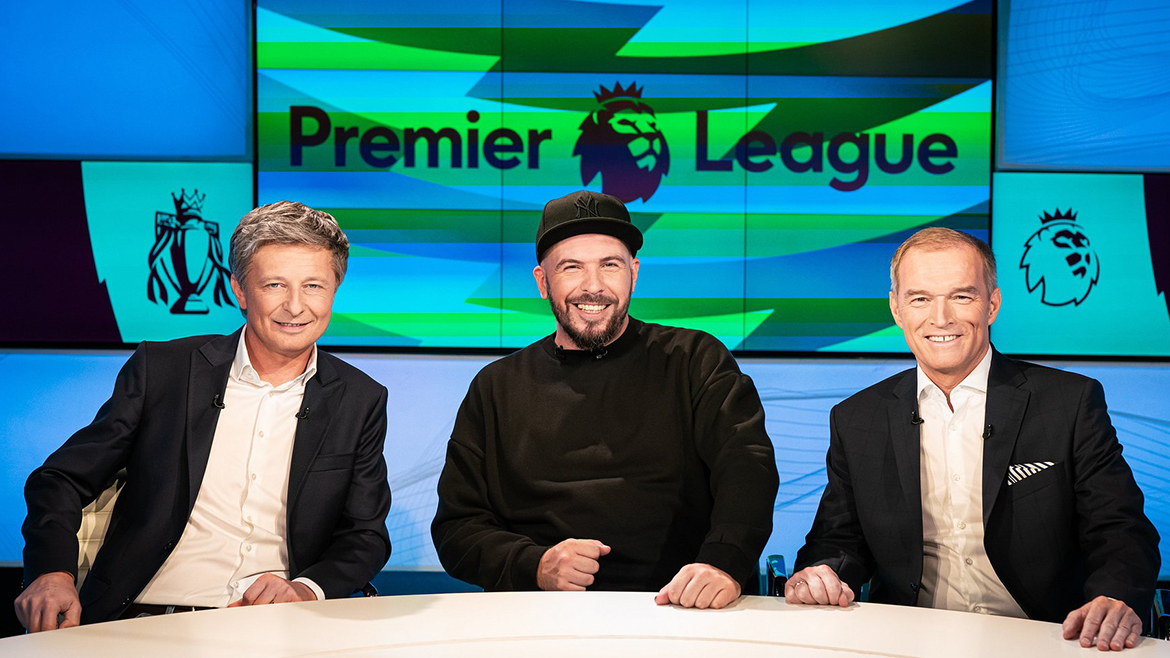