Omroep ZWART (the Black Network), the world’s first intrinsically inclusive TV channel, was established through an influencer-led media campaign, which challenged a lack of diversity and inclusion on Dutch public television.

Here, Elias and Rik explain the strategy behind the campaign, which elevated a concept created by Dutch activists Gianni Grot and Akwasi.

Can you tell us about the campaign and its inspiration?

Film director Gianni Grot and artist Akwasi, two Dutch activists, came up with the concept of Omroep ZWART, which in English translates to the Black Network. In the Netherlands, there are three channels funded by the government and although the NPO (Dutch public broadcasting service) talks a lot about diversity, it doesn’t necessarily practice what it preaches. For a body that lists DE&I as one of its founding principles, the Dutch media landscape is pretty homogenous. The idea behind Omroep ZWART was to create a whole new channel that was truly diverse and allowed people to see themselves represented on Dutch television; to create the world’s first intrinsically inclusive TV broadcast station. It was a way to say, if you’re not going to act, there are people who will.

Every five years, there is an opportunity to establish a new government-funded channel in the Netherlands. The catch is, you must have at least 50,000 members, who each must contribute €10 to the cause. They never get anything back from that investment, except to know that they were a part of establishing a new broadcast platform. The closing date to submit a new channel to the NPO was December 31, 2020. This meant we had 52 days to attract 50,000 members and put the new channel on the map.

The channel’s founders approached us, along with a few other agencies, to help build a media campaign surrounding the channel and drive support of Omroep ZWART, to build a more inclusive space within Dutch broadcasting.

The campaign called for community support to establish your own channel. How did you reach your audience? What role did influencers play in this project?

Firstly, we created buzz. As there was no budget, we mass-invited over 250 influencers who shared their photo with the campaign copy: ‘Awake? Join the new broadcaster.’ Consumers responded with a resounding ‘Yes,’ resulting in lots of media attention. This yielded 29,000 paying members in the first weeks.

Omroep Zwart from Havas on Vimeo.

Secondly, we produced a brand film, gave interviews and stimulated new members to share their membership on social with the question: ‘Awake?’ Using a personal Instagram filter, they became immediate ambassadors. The campaign then generated enough budget to fuel a paid social media layer to boost conversion. The media campaign started wide, but in the end, 80% or 90% of the buzz came from live television and Instagram. When we began, we didn’t have any money behind the campaign, but as more and more people heard about it and contributed to establishing the channel, our media budget grew. Our influencers built the stage for the idea and generated a buzz, which ended up connecting people.

Thirdly, once we hit 25,000 members, we organised a ‘Double Day’ in which we asked every single member to bring along one friend. This live festival on Instagram was hugely successful and in one day, that number jumped right up to 50,000.

What was the reaction to the campaign?

We are very appreciative of the ambassadors who got behind the campaign, because although much of the reaction was positive, all the negative vibes that were thrown at the campaign were directed right at them.

As expected, some people reacted to the campaign in a racist, prejudiced way. But I think the campaign did so well because, overwhelmingly, most people want the world to change and to help society become a more diverse, equal, and inclusive place.

What is next for the channel?

The first stage of the process is done. Now, the channel needs to develop its format and content, and establish how it will address its audience in the future. The idea is to integrate diversity into every level of production. Now, the team needs to establish a partnership with a broadcasting network.

It is great to work on a project that motivates you and lets you fulfill a need to make a real meaningful difference. We celebrate our differences: we are all unique and that is what unites us. It is motivation that will drive you to work late into the evening or at the weekend and see the bigger picture. It is beautiful to network in a new way and connect with new colleagues and friends who feel the same way and have the same mindset. It’s been wonderful to work on such a project, and we can’t wait to tune in to Omroep ZWART as soon as it officially launches.

Tell us about the campaign’s notable metrics.

·      The launch of Omroep ZWART is the fruit of a unique cooperation. Seven agencies, 50 freelancers and 250 influencers participated on a pro bono basis.

But the real result is that we are one step closer to making a meaningful difference. Not just momentarily but structurally. True, the fire of the society-wide awakening that took place last year may die down over time, but the presence of Omroep ZWART in the Dutch broadcasting landscape will ensure its spirit lives on for many years to come.

Sébastien Houdusse, Chief Strategy Officer at BETC, shares the latest X INDEX’s key findings and explains how they differentiate Havas from our competitors. 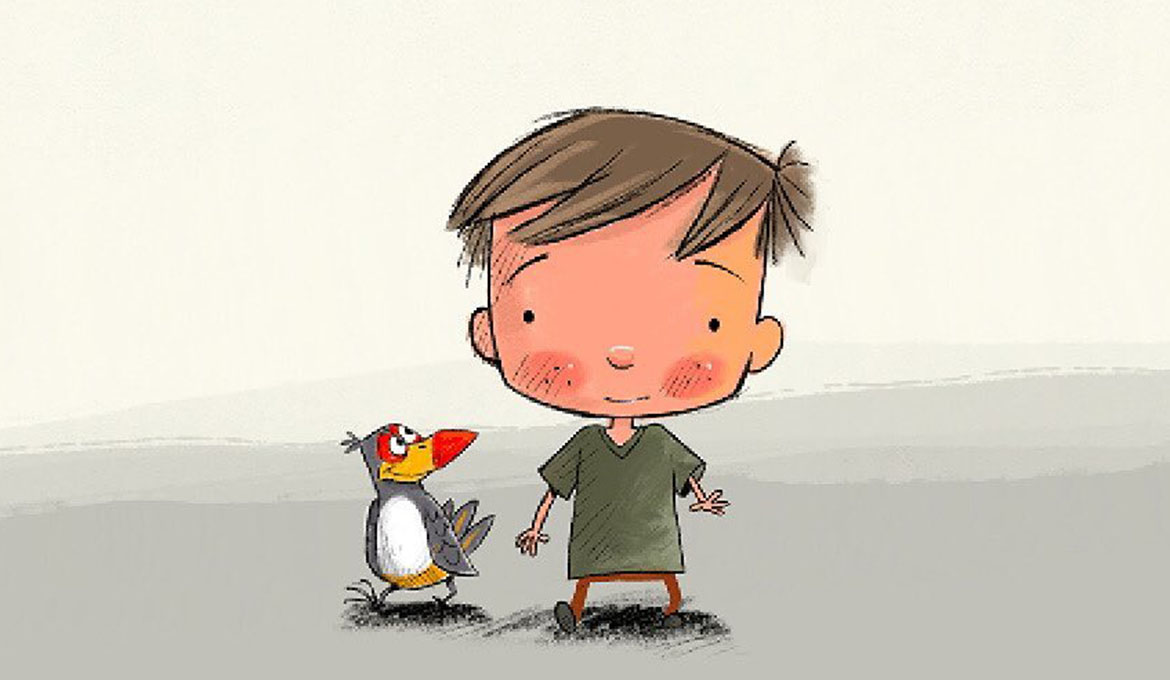 PROJECT WITH A DUAL PURPOSE

In the UK, over six million people are living with dyslexia. Despite this, 80% of children go undiagnosed during their education.