NICOLAS LAUTIER, CREATIVE DIRECTOR OF BETC, BELIEVES IT WAS THE “FRENCH TOUCH” THAT PERFECTED THE AGENCY’S LATEST CAMPAIGN FOR CITROËN.

A measure of nostalgia and a touch of French humor is the recipe behind BETC’s latest campaign for Citroën, which celebrates the poignant relationship between a father and son and their lifetime bond over cars. The campaign, “Oh La La,” takes its audience on a journey from the joyful moment the duo first sit in the front seat of their Citroën back in the day, to the present, when the pair climb excitedly into the son’s latest model. Paired with the campaign’s reveal film “Happy Day,” “Oh La La” celebrates the launch of new 100% electric ë-C4 and marks a new chapter for Citroën, says Creative Director of BETC, Nicolas Lautier.

“With this campaign, we wanted to celebrate Citroën’s comfort and the hatchback’s great comeback by giving a little wink to its history,” he said.

“For us, nostalgia was the perfect emotion to revive the sensation of all the amazing models Citroën developed historically. This year, Citroën is making a comeback with the new C4/eC4 and we wanted to rekindle that familiar feeling you had as a kid when you discovered your father’s brand-new car. The concept of this kid, amazed by his father’s car, then becoming an adult and showing his father his new C4/eC4 was a nice — and very Citroën — way to say that, even today, we can still be amazed by a car; they can still make us emotional.”

The short film, directed by Thierry Poiraud, was devised to be “very French” says Lautier, with its characters even falling back upon stereotypical “Oh La La’s” to express their excitement.

“This campaign is very French and we very much wanted to play on that aspect of the film. The campaign incorporates everything we wanted: a bit of comedy, the ‘French touch’ and quite an endearing story. The most important thing is that it’s said multiple times in the script, starting the film with real emotion which then turns it into a father and son’s game. This game relates to the father’s feelings when he discovers the Citroën 30 years later, and with the same excitement he had all those years ago. We wanted the campaign to be underlined with comedy and some second degree humor — we couldn’t forget that Citroën should never take itself too seriously.”

“FOR US, NOSTALGIA WAS THE PERFECT EMOTION TO REVIVE THE SENSATION OF ALL THE AMAZING MODELS CITROËN DEVELOPED HISTORICALLY”

The sweet campaign is complemented by the tune of “Happy Day,” orchestrated by Traction (a Citroën-focused agency within BETC) and serves as the brand’s global anthem. In tandem with the campaign’s storytelling, Lautier says the campaign strikes the right note in its goal to play with emotion.

“Storytelling is key — which I know is stating the obvious,” he said.

“But it’s really important to create emotion, to create the difference between one brand/one product and another; especially in the car industry where designs have a tendency to look more and more the same. It’s been a while since we’ve said to ourselves: ‘Wow that car is something I haven’t seen since a while!’ For Citroën, storytelling has always been part of the brand. Andre Citroën was a storyteller before being a car manufacturer. He knew how to tell the story of each of his new cars. He knew that to be different we needed to tell a different story and I hope that is what we’ve done with “Oh La La.” 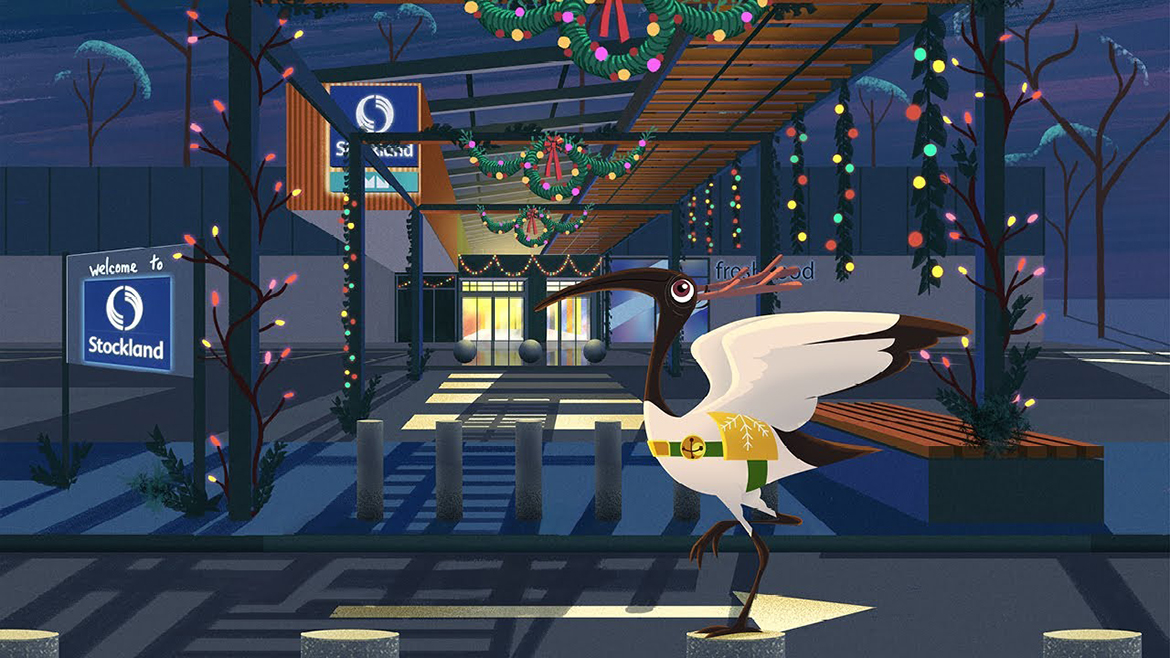